NTW TEAM in collaboration with Mamgu’s Welshcakes got together at the beautiful harbour village of Solva in Pembrokeshire. Surrounded by the lyricism of Dylan himself, we enjoyed sea shanties, storytelling, comedy, surfing, music and more against the backdrop of the location of the 2015 remake of Under Milk Wood.

As part of the event, we launched a series of competitions inspired by the world and words of Dylan Thomas.

The first was for Primary Schools – drawing on Peter Blake’s beautiful illustrations for Under Milk Wood along with the spectacular work of long-time TEAM collaborator Di Ford, pupils were invited to create collages in response to the hypnotic opening stanzas of Dylan Thomas’ play for voices. Kindly judged by Di Ford, who also donated her prints as prizes, the winner was Josie of Hafan y Mor School, Tenby with second place going to Isaac of Broad Haven CP School.

The world is never the same once a good poem has been added to it.

Our poetry competition was based on the theme of ‘Water’.

We were overwhelmed by the number of responses and are very grateful to Children’s Laureate for Wales, Connor Allen and NTW’s Head of Production, David Evans for judging the competitions for us. The winner of the 11-16 category was Ava, of Greenhill School, Tenby with second place going to Lily, of Gartholwg School, Church Village.

With prizes from The Edge Festival and artwork by Cara Gaskell the open competition winner was Katherine Levell, with Ifor Thomas in second place. Runners-up were Gareth Davies and Nicky Whitfield who won vouchers donated by Mamgu’s Welshcakes.

A huge thanks to everyone who entered and to all of the artists who were involved in this amazing event.

Creativity YOUR way? Come and play

Find out what TEAM is up to 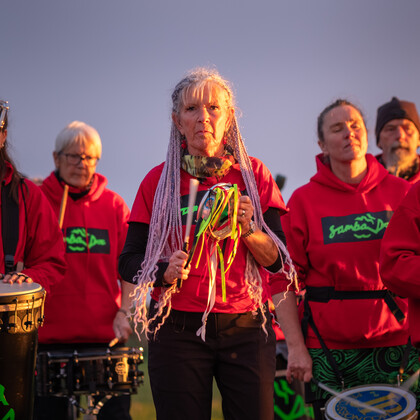